In previous outbreaks of known coronaviruses such as SARS 2002/2003 and MERS 2012, many patent applications were filed dealing with new drugs, as well as new uses of known drugs. How is it possible to protect patented drugs that are being used in new ways?

In times of crisis, everyone is looking for solutions, and in the years ahead we will probably see several innovations aimed at fighting the new coronavirus disease, COVID-19. Innovation will take place in many areas, including infection prevention, disinfection, digital learning, meetings and home office solutions, and not least, many will be looking for new ways to diagnose and treat COVID19-infected patients.

Already, we are seeing more attempts to develop alternative, improved or cheaper solutions for patients in need of respirators. The new mechanical breathing machine from Lærdal Medical is an example of this.

In the time following the Scandinavian Star accident, many applications were submitted to the Norwegian Patent Office, which dealt with fire warning, fire extinguishing and evacuation of ships.

In the patent literature we see clear traces of previous global epidemics. Following the outbreaks of SARS (Serious Acute Respiratory Syndrome) and MERS (Middle East Respiratory Syndrome), respectively. In 2002/2003 and 2012, many patent applications were filed dealing with new drugs, as well as new uses of known drugs.

Today we read about new clinical trials in which well-known malaria drugs are tested for use in COVID19 patients. It has also been notified that other known drugs should be tested for this patient group.

A summary of mechanisms of action and rationale is given here, to try out these known substances in the treatment of COVID19 disease.

In the list from the National Institute of Health we also find several studies aiming at testing out stem cell therapy, various antibodies and other known drugs. If some of these studies succeed in combating COVID19 disease, there is reason to believe that more people will seek patent protection.

How these patent applications are received varies from country to country. In most countries, patent protection of medical procedures is not acceptable. The underlying reason for this is to ensure that doctors are free to practice their work without being hampered by patents. This is the case, for example, in Europe (EPO), as well as in countries such as Canada, Japan and China and others. In these countries, the patent claims must be formulated in a certain way, in the form of product-related claims; drug X for the treatment of disease Y. This gives the patent holder the right to prevent others from marketing the drug for the use (indication) covered by the patent.

In the United States and some other countries, however, requirements for the method of treatment for a drug are allowed. In other countries, such as India, patents for new medical applications are still not allowed.

Despite these limitations, patents on new medical applications of known drugs have proven to be an important part of securing further investment in medical research. For the original manufacturers, this means so-called «lifecycle management», where you apply for and provide additional protection for a product after the first basic patent is no longer in effect.

Patent protection is thus an important incentive for investing in research and development. This is especially true in the pharmaceutical industry, which has high costs in developing new drugs. Development of new uses for known drugs is also resource intensive. Therefore, patents are currently granted for new uses of known drugs (second medical use patents). For such patents, the same requirements are set for patentability, such as novelty, inventive step and the likelihood of technical effect.

When the drug authorities require that clinical trials be conducted for new uses of a drug, it is a sign that one cannot know for sure whether a drug will in fact work in the treatment of the disease for which it is being tested. In the case of hydroxychloroquine and COVID-19, as far as we know, the only clue so far is that in vitro experiments have been shown to have effect on another coronavirus (SARS). Thus, there are not many clues that it will work for COVID19 patients. Expectations of efficacy are also not a valid argument to the patent authorities.

In several cases dealt with by the European Patent Office (EPO BoA), it has been concluded that knowledge that a drug is under clinical trial for a specific disease is not sufficient to have a clear expectation that a drug will be effective in treatment of the same disease. In the decision T1859/08, the EPO BoA finds that not even knowledge that a specific treatment is already being explored or being considered for trial on patients is sufficient to prevent the grant of a patent containing the same indication. They point out that to establish that a drug is useful in clinical practice, it must also be established that the treatments are safe for the patients. Only then is it known that the treatment is pharmaceutically effective. See also the later decision T2506/12 .

Design and timing crucial to obtain a patent

The requirement of evidence depends, of course, on what is in fact disclosed and how the requirement for the inventive step is assessed. The inventive step is a judgment and must be considered on a case-by-case basis. Our experience indicates that we can expect patents to be approved based on several of the studies that are now underway – provided the results support a certain effect.

In some cases, it may be appropriate to file a patent application for the new use even before the results of the clinical trial are available.

It is a tactical question when a patent application should be filed. In some cases, it may be appropriate to file a patent application for the new use even before the results of the clinical trials are available. This requires that the invention be described such that the claimed effect is plausible. This can be done by referring to prior art that support that a treatment may have an effect. If there is proper support for this effect being plausible, one can rely on the findings of the clinical trial later. However, in this case, one should also consider the situation in which one has to argue in support of the inventive step in light of the same prior art. There are various angels assessment, and one may end up arguing in circles wherein one argument destroys the other.

We expect to see more COVID19 related patents in the time to come. We also expect that in several of the clinical trials currently being conducted on COVID19 patients, surprising results will be associated with, for example, the dosage level or that a treatment will prove more effective for specific patient groups. Elements such as underlying disease, course of disease, support for other treatment measures and combination with other drugs can provide the basis for different types of medical use patents. Therefore, it is important to have a good IP strategy to ensure protection of the eventualities that occur along the way, at a time when everyone is working hard to solve a common challenge.

Would you like to speak to one of our experts in pharmacy, pharmacology and drug chemistry? 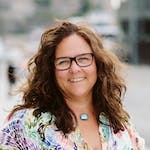